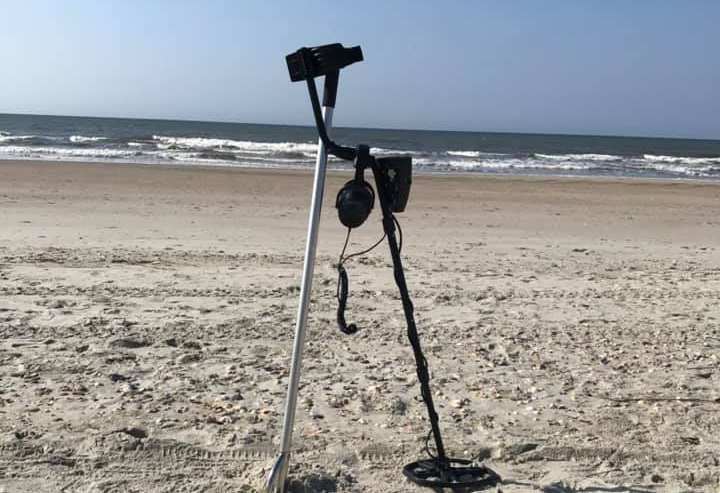 South Carolina, known for its beautiful weather and nice people, is a hub for many detection hobbyists who are looking for the next big find!

However, I would advise you to pay attention to the regulating rules! Indeed, this could lead you, if you violate them, to unnecessary problems with local authorities …

… In this Post, I talk about the following aspects:

What are the metal detecting laws in South Carolina?

Several laws guide the hobby in this state! Mainly there are three acts which you need to abide by … These acts were designed to preserve the sites of archaeological and historical importance:

The aim of all three laws is the prohibition of detection activities in state historic sites and thereby preservation, not the cultural resources.

Apart from that, state parks which can be potential archaeological sites are areas of restrictions. It may be permitted in some state parks but only with the permission of the Park Manager or the Park manager’s designee.

Some other general guidelines concerning that you should respect are:

Where to go detecting in South Carolina?

In spite of the stringent norms regarding this activity in the state, there are few places where you can detect without the threat of breaking any law or risk of facing prosecution!

… Isle of Palms is the most common vacation spot as pristine beaches surround it. It is quite evident that the places for vacation destination have seen a large number of footfalls, thus making them an ideal place to practice the hobby.

Folly Beach is another such destination to kick start your journey in South Carolina. It is the best picnic place known, and you are sure to find lots of coins, jewelry trinkets and other valuables lost by the visitors.

Charleston is another city that has no such stringent norms barring detection of metals. One cantred on the land of Charleston in hope to detect something valuable.

Apart from these particular places, the abandoned sites, old churches, and historical monuments are the places that you can opt for.

Berkeley Country is another destination where you can find a large number of ancient coins buried beneath the ground. There are high chances that you may come across some silver coins or other historically significant currency.

A good machine for this state soil! South Carolina has about 400 different types of soil, the most common one is Cecil soil. Cecil soil is found in the Piedmont region!

With such a wide variety of ground types it is better to opt for an all-terrain machine that can perform well regardless of the ground you are dealing with.

The XP DEUS (Check it Here on Amazon!) is a great pick for such conditions, keeping in mind the diverse landscapes of the state.

This is a multi-frequency device and has a full range of helpful features!  One of its best ones is that it is wireless. The headphones, coil, and the remote control all communicate through radio signal, with low latency.

The coil itself also contains a digital circuit that allows for processing and analyzing signals, increasing its quality allowing better sensitivity especially for smaller objects.

It can operate on several frequencies (4 kHz, 8 kHz, 12 kHz, and 18 kHz) which makes it suitable for a wide range of applications, such as relic hunting, coin, and even beach hunting.

This machine is also ideal for gold prospecting which makes it a great asset for sure!

Finally, if this detector doesn’t fit your budget for now, then you may want to check this Cheaper Detector Here on Amazon! It is a Fisher model that works just fine as well …

Gold prospecting is the most lucrative aspect of this hobby! It is quite a delight to find gold nuggets or chunks while you are detecting the lands for your recreational activity.

The history of South Carolina speaks of its rich past of early settlement, and it is also a significant landmark for the Civil War Battlefield. In the 1800s, this land was mined profusely for Gold and amethyst…

…Then, South Carolina faced abandonment leaving a reasonable prospect of finding the remaining Gold here. Some of the prominent places where detection enthusiasts can find Gold are:

For more info about this interesting subject, I’ve written this Gold Prospection Post! I am sure that you will learn a lot of useful tactics to come up with this valuable metal in an easier way than usual …

As mentioned above the Isle of Palms and Folly Beach are the most popular beaches where you will likely come across people who are swaying their detectors above the ground.

The hobby can be easily pursued along these coasts without any legal interruption. You need to keep in mind that after digging, you need to fill up the holes.

Sullivan’s Island is a popular spot for detectorists. Many people have reported finding ancient relics or pieces of arts and crafts. Others have found some valuable pottery or another historically significant thing that speaks of the old civilization.

One site that is off-limits is Lighthouse Inlet Heritage Preserve, located at the East end of the Island!

The coast side of both the Isle of Palms and Folly beaches are a popular destination of South Carolina for vacation and picnics. Many sports activities are carried on across the beaches, thus making them the perfect place to go detecting.

Myrtle Beach can also be your area of interest! The only thing you should avoid is digging on someone’s private property without prior permission. Trespassing and leaving uncovered holes can create a problem for you, so make sure you avoid them.

The lands of South Carolina is a perfect Destination for enthusiastic relic hunters! The rich history of settlement and site of civil war battlefield are the main reason people are drawn towards this place in search of ancient buried things …

… Artifacts or broken and distorted pieces of ancient relics, whether it is a sculpture or any utensil are some of the most valuable things that you can come across while detecting.

Another popular item that can be unearthed is coins. As the land has seen early settlements, a large variety of coins can be easily found there. Some of the people have found coins of silver, copper, and other metals belonging to different times.

The battlefields have buried bullet shells and destroyed bullets under the layers of soil. Rings and buttons of intricate designs have also been found throughout South Carolina.

Some people have reported that they found pieces of swords, old machinery, plowing tools, and cannonballs at the site of abandoned ghost towns.

Other parts of jewelry like a necklace, chains, pins, etc. have also been discovered while detecting metals. And obviously, gold nuggets and silver coins are the most sought over prospects that you are likely to come across if you have luck by your side!

My main goal behind putting together this Mini-guide is simply to encourage you to explore new locations! This will allow you to get off your comfort zone and to come up with more valuable finds that what you are used to!

… South Carolina is a worthy state that you should definitely give a shot! I am sure that you will come up with pretty interesting things!