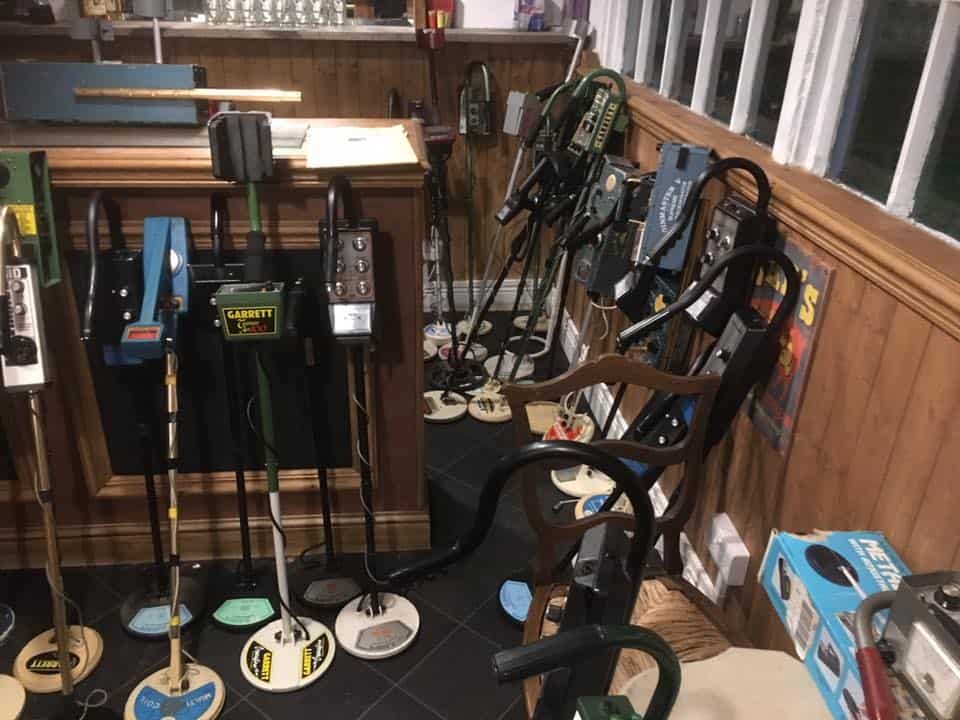 Metal detectors seem like just another thing we might encounter in our daily lives – important, but mundane. However, this mundane device has a long history behind it, dating back almost a century and a half.

Today, metal detectors are indispensable at airport security, public place entries and archaeological expeditions. It was used in in several contexts from military to private treasure hunting.

However, there was a time when the motivation behind making this machine was gold and a dying president.

In this post you are about to find out how exactly metal detectors came into existence, what circumstances surrounded them, and how they have evolved through the time.

Why was the metal detector invented?

The progress in electrical science in at the beginning of the 19th century led to the development of electrical engineering in the latter half of the century. A combined interest arose among scientists to use electricity for various purposes.

Scientists used the theories given by Volta, Ampère, Faraday and Maxwell to build revolutionary devices. One of the fields of interest was the impact of electricity on metal.

It was theorized that by passing electric currents through a magnetic field, eddy currents could be generated in a nearby metal, which in turn produced their own magnetic field. This field could be measured and used to locate metals in the immediate vicinity

Needless to say, the ability to locate metals (which was non-existent through any means in the 19th century) seemed exciting and promising to everyone. While such a device could locate any metal, the primary motivation was gold.

The entire 19th century in America was marked by gold rushes, the most famous of which was the California Gold Rush. The idea that a device would make it possible to pinpoint hidden gold was met with enthusiasm. Thus, many scientists began their attempts to develop a metal detector since the mid-19th century.

I’ve put together this list of targets that detectors can find! I encourage you to check it, you will learn a ton of helpful info!

When was the metal detector invented?

It is widely believed that the first true metal detector was built in 1981. It is considered the “first” because it was the first model that actually worked and did precisely what it was built for. However, instances of a device aimed at detecting metal could be traced back to the mid-19th century.

The reason why the first metal detector was born in 1981 could be attributed to the general era of science. The 19th century is considered a landmark century for science, and the late 19th century is known for inventions that changed the course of humanity.

The internal combustion engine was invented in 1859, which would become as big a landmark in transport as the steam engine was. The telegraph was invented in 1837, followed by the telephone in 1876; both discoveries opened a new gate for human communication.

The first commercially-viable light bulb was invented in 1879 by Thomas Edison and soon illuminated the entire human civilization. In the same era, both AC and DC power would battle to electrify the world. In 1867, Christopher Latham Sholes invented the typewriter, something every writer is still thankful for. In short, it was a period of scientific triumphs, and the metal detector was just another device in a long list of achievements.

Who invented the metal detector?

In 1874, the first device to locate metals was invented by Gustave Trouvé. However, the credit of inventing the first metal detector was given to Alexander Graham Bell. Bell took the idea of Trouvé and prepared a working model in 1881 that could detect metals.

However, the motivation behind Bell’s invention was neither curiosity nor gold; it was altruistic. In July 1881, US President James Garfield was shot in an assassination attempt. Despite the best efforts of surgeons, the limited technology of the era prevented them from locating and removing the bullet lodged deep within his chest.

This event prompted Bell to make a device that could help detect the bullet in President Garfield. Within weeks, he was able to build the device and test it on the president. However, the attempt was in vain. Even though it was later established that the device worked as expected, the metal coil on which President Garfield was resting distorted the final results (Grosvenor & Wesson, 1997).

Despite this initial failure, Bell’s model would serve as a prototype for subsequent models. While attempts were made to make it smaller, future metal detectors worked on the same principle of induction-balance and were heavily used in mining and wars.

Where was the metal detector invented?

Graham Bell was working in the Volta Laboratory in Washington, USA when he developed the first metal detector. Bell was one of the founders of this laboratory and worked there with the likes of Charles Summer Tainter and Chichester Bell.

It was here when he heard of the attack on President Garfield, and the proximity to White House enabled him to test his device on the president.

Washington D.C. has been long considered the political hub of the USA. But amidst the politicians, the scientist kept having their moments of glory. Charles R. Drew was a native of Washington D.C. and went on to revolutionize modern medicine by developing an effective way to store blood plasma (“Charles Drew, Inventor of the Blood Bank”, 2017).

First Metal detectors that were marketed?

The idea of the metal detector did not see much innovation for 4 decades, but it was not forsaken either. The primary purpose of these metal detectors was to detect landmines on the war front, and came especially handy after World War I. However, until the 1920s, metal detectors were still bulky machines that had to be carried around in trucks.

In the 1920s, a new interest was formed in metal detectors. This happened as a mere accident if stories are to be believed. In the early 1920s, Gerhard Fischer was working on using radio waves to improve navigation of planes. However, he noticed that some rocks (later found to be ore-bearing rocks) would distort the radio signal and make accurate navigation impossible.

It is worth noting that Shirl Herr could have been the person credited to build the first portable metal detector. However, though he filed his patent in 1924, it was only approved in 1928.

For more info about the main actors in the Detection Indutry! I encourage you to check this complete list of Metal Detector Brands! You will learn some interesting info!

First Countries in which metal detectors were marketed?

The United States of America formed the first market of metal detectors, quite naturally, due to it being the home market for the device. The fact that the gold rush was still a thing in the country further helped in its propagation. Till date, USA holds no restrictions whatsoever over treasure hunting using metal detectors.

England was perhaps the first market outside the US for metal detectors. Following suit from the US, England too relaxed the use of these machines for treasure hunting. The excitement of California Gold Rush captivated first England, and then the rest of Europe. Thus, other countries like France too became a lucrative market.

I invite you to check this list of countries where you can metal detect! You will learn about the places that you can explore pretty freely!

How metal detecting machines evolved through the time?

To give you an example of the evolution of detection machines, there is the:

Since the time Fisher marketed his first metal detector, continuous improvements were made to the device. Most agree that the first pioneer in this since Fischer was Charles Garrett.

Garrett was interested in metal detecting but couldn’t find the one that satisfied his needs, so he decided to build his own and removed oscillator drift from the device.

Pulse induction technique was soon developed, which would go on to replace the induction-balance and beat frequency oscillator machines. In this technique, instead of uniform low currents, the object was magnetized with a sharp high current. The time it took for the object’s voltage to return to zero determined the type of metal present (Corbyn, Wireless World, 1980)

With the advancement in integrated circuits, it was possible to have digital displays for the data of metal detectors. Today, such data is entirely digital and could be processed by computers. Also, metal detectors have continued to be further compacted until they could be carried around in handbags.

Today, they could be installed on drones and detect landmines without need of human presence!

I tried in this post to give all possible information that you were probably not aware of! Why, who, when and where detectors were invented are all important information that hobbyists should know …

Now, what information you didn’t know before and you’ve just known for the first time after reading this post? Let me know below in the comment section …